B Troop slick pilot John Flanagan points to locations put on his map put there by the NVA after the map was first lost in a crash during the Vietnam War. After the NVA had marked the map to ambush American forces the map recovered by pilot Larry Brown during a battle. After being recovered the map was then turned over to military intelligence. Through the years several Army officers and Vietnam Veterans used the NVA markings on the map as research for books they had written. The map was finally returned after over 40 years. Gathering of Warriors reunion attended by Vietnam War Veterans of the 1st Squadron, 9th Cavalry, 1st Cavalry Divison. 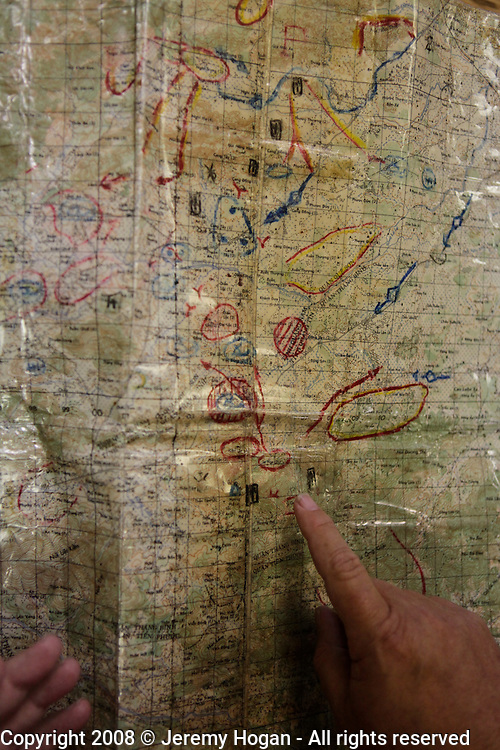