The city of Bloomington, Indiana, citing security concerns for police officer safety, bought a quarter million dollar armored personnel carrier. However the public, in the largely progressive college town, did not learn of the purchase until it was completed. As a result of the controversial purchase, members of Black Lives Matter, shut down a bicentennial State of the City speech by Bloomington mayor John Hamilton, then for months, interrupted city council meetings, demanding the city cancel the purchase, until the police threatened to arrest the protesters. Later that summer the vehicle arrived, and police quickly began to use it for police actions. But, as a result of the protests, the law has been changed to make it harder for the city to make such a purchase without first informing the citizens.

Bloomington Mayor John Hamilton tries to speak as protesters upset with the city's purchase of a 225,000-dollar armored vehicle interrupt him during the State of the City speech, Thursday, February 15, 2018 at the Buskirk-Chumley Theatre in Bloomington. 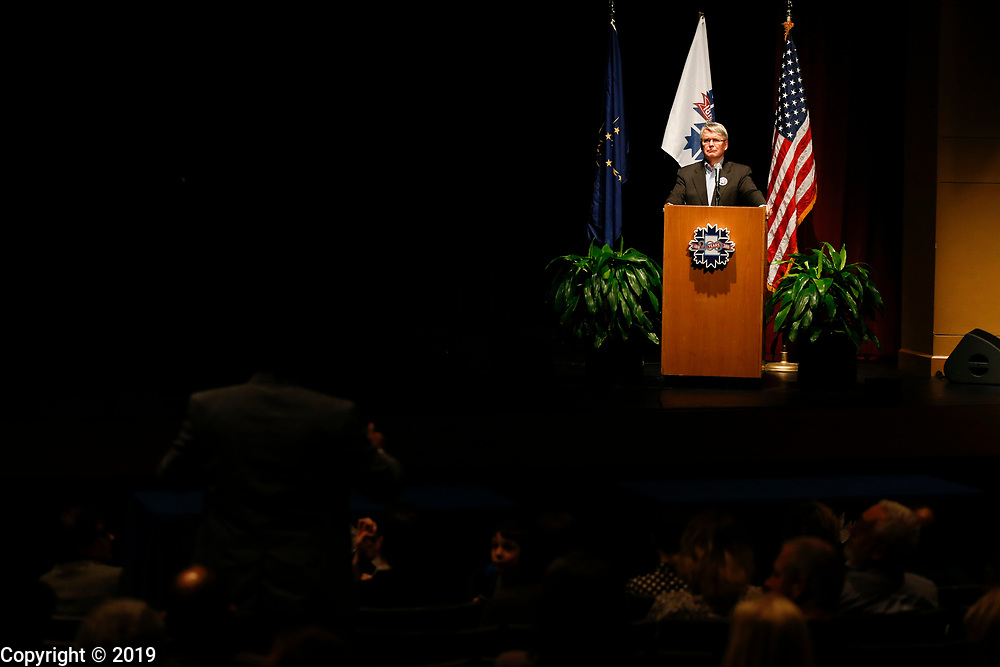