Two French soldiers work with a Vietnamese native holding the ladder for them in Vietnam or Cambodia circa 1900. France moved into Vietnam in 1858, capturing Saigon in 1859. Using the south, then called Cochin China, as a base the French moved west and north completing the conquest of Indochina by 1907. (Indochina--the five territories under French authority: Cochin China, Annam, Tongking, Laos, and Cambodia.) The French also wanted to retain their colony after the Second World War. The Vietnamese rejected French rule, and after defeating the French at Dien Bien Phu, obtained their independence at the Geneva Conference in 1954. The United States sent military advisors starting in the late 1950s and became in embroiled in the Vietnam War which officially lasted from 1965 until 1975 leading to the deaths of over 58,000 American servicemen and women. . 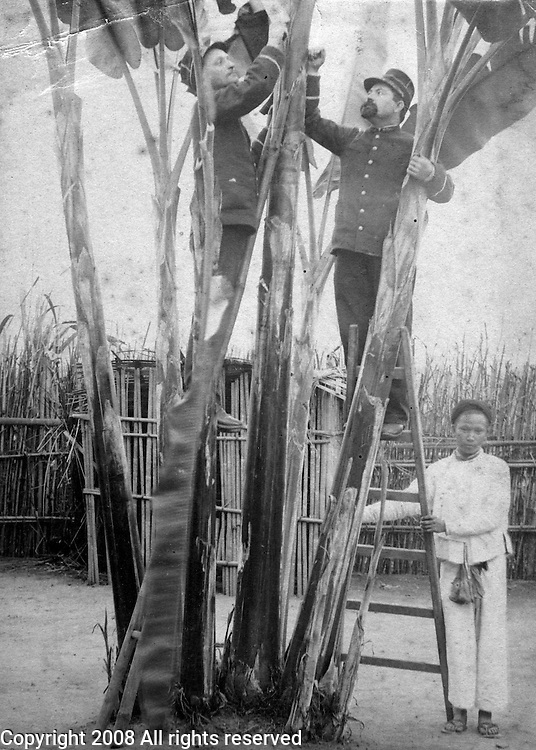