United States Army, Second Infantry replacements rest prior to going to battle at Heart Break Ridge during the Korean War in 1951. The Battle of Heartbreak Ridge was a month-long battle in the Korean War fought between September 13 and October 15, 1951. The Battle of Heartbreak Ridge was one of several major engagements in an area known as "The Punchbowl", which served as an important Communist staging area. The United Nations first initiated limited operations to seize the high ground surrounding the Punchbowl in late July. The battle site is located in the hills of North Korea a few miles north of the 38th parallel north (the prewar boundary between North and South Korea), near Chorwon...These are photos of the 2nd Infantry Division during the Korean War in 1950 or 1951. 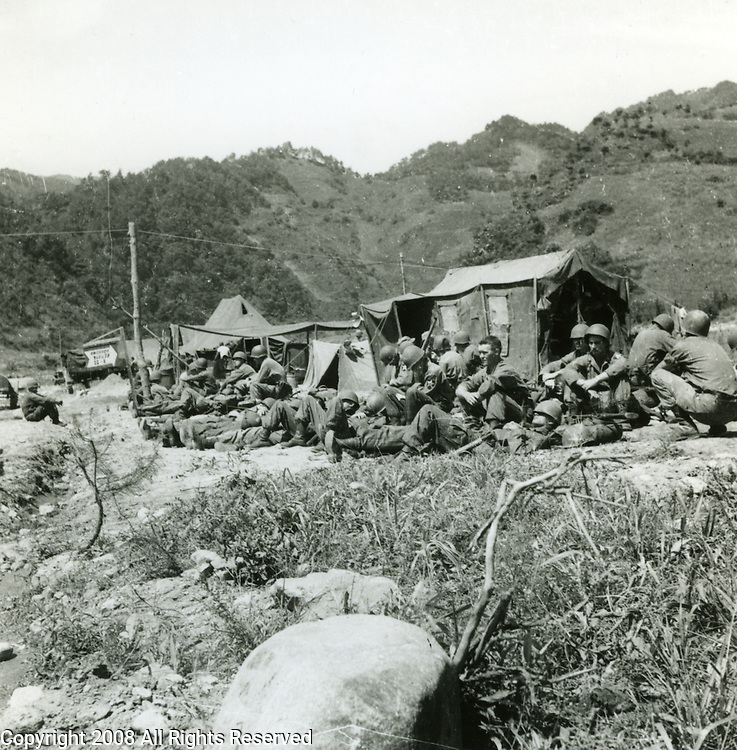