12072017 - Ojai, California USA: Sheriff's deputies watch as fires rage in hills near the city of Ojai, California, where the Thomas fire was threatening the town. One of the deputies said photos don't do the fire justice as he watched. Fire crews were working to burn some of the fuel as the uncontrolled fire approached in a last stand against the fire, which was just outside town, but if the fire would have marched down the slope and through trees, and into the city, it would be hard to stop. The fire was burning from outside Ojai toward the city from two directions. The Thomas Fire, which began Monday, has scorched over 100,000 acres. (Jeremy Hogan/Polaris) 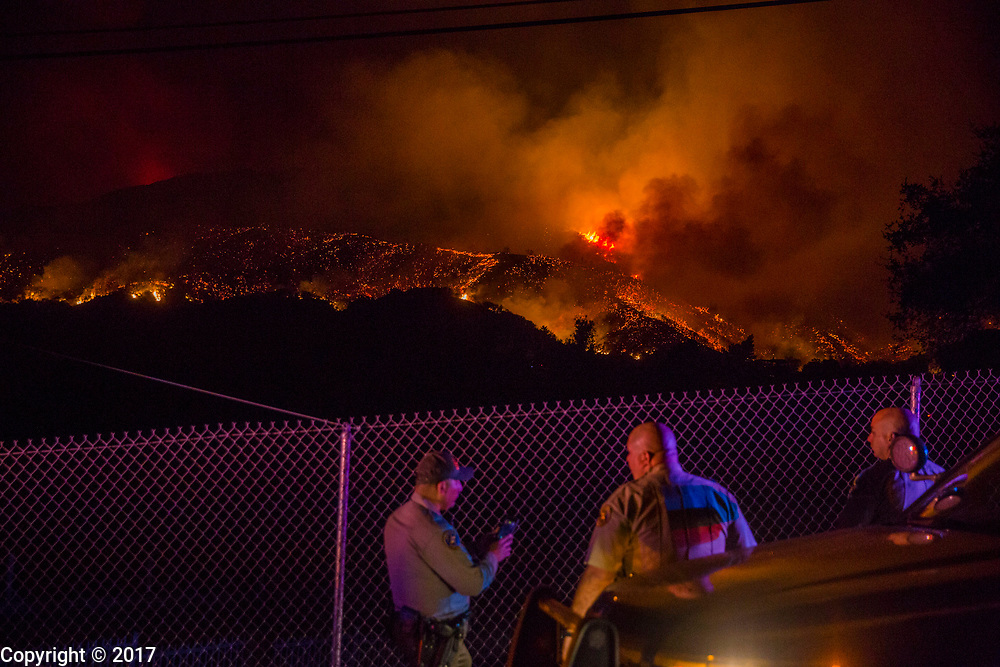